Dismantling the Inner Critic: Women Over 55, Listen to Your Real Voice 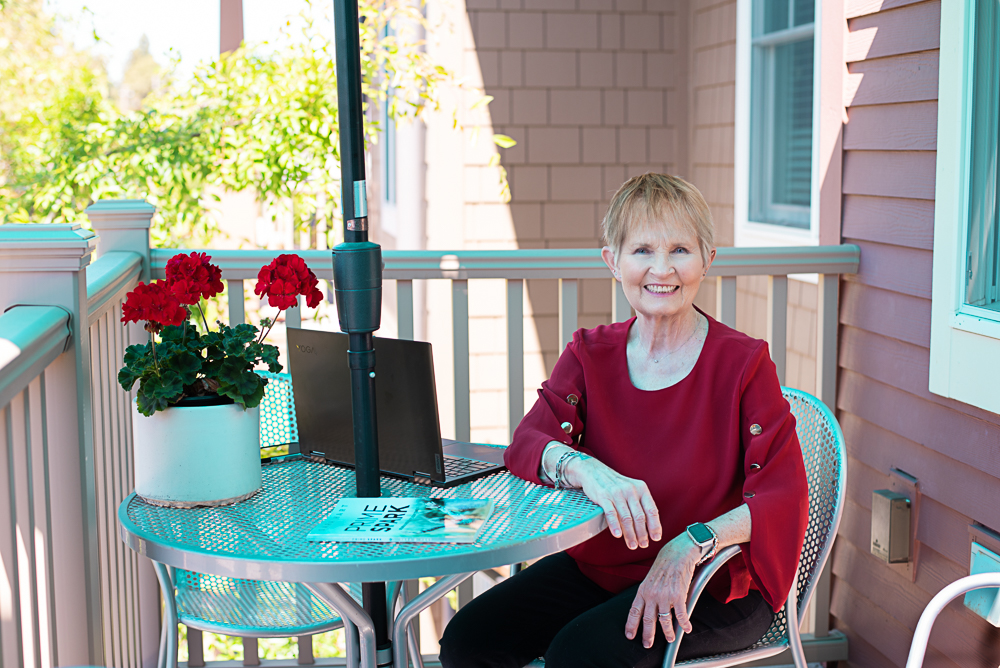 Do you spend much time talking to yourself? Are you sure you’re doing the talking? When we’re listening to that voice, we’re not dismantling the inner critic. I recently read this quotation from Martyn Lloyd-Jones, a Welsh Protestant minister and medical doctor: “Have you realized that most of your unhappiness in life is due to the fact that you are listening to yourself instead of talking to yourself?” How would you respond to that if asked?  I was stopped in my tracks and thought “Now that’s really interesting!”

In our Prime Spark Membership Community we’re reading Playing Big by Tara Mohr.  If you haven’t read it, I highly recommend it.  We started with Chapter 8 “Communicating with Power” because we wanted to call each other on our “undermining speech habits,” like “I just want to say. . . .”  That “just” diminishes what we’re about to say even though what we may think we’re doing is being polite and “not pushy.”

Now in the second month of our Community, we’re reading Chapter 1 “The Inner Critic.”  You may know this by other names like “gremlin,” or “my judge,” or any of several names we’ve heard over the years.  It doesn’t matter what you call it, it is that inner voice that tells you how stupid you just sounded. Or why you’re not ready to take that next big step, or how fat you look in those jeans, etc.

I suddenly realized that my inner voice or inner critic is me listening to myself rather than talking to myself. I need to work on Dismantling the Inner Critic!

Case in point. . .last weekend I made short videos presenting two aspects of Prime Spark.  When I got done, the highly professional people who were doing the filming said how well I had done. No retakes were necessary unless I wanted to do so.  I felt great and got in the car to drive home.

Not a mile down the road I realized I was feeling lousy because I didn’t feel I’d done a very good job, that I’d hesitated a couple of times probably longer than I should have, and maybe I should have worn something else.  Since I had just read Chapter 1, “The Inner Critic,” the night before, I realized that this was my inner critic, and she sounded very familiar.  It also was me listening to myself rather than talking to myself.

What would I have said if I’d been talking to myself and drowning out my inner critic? I would have said something like “Good job, Sara!  You nailed it!” I could have added a couple of things I might try differently the next time, but not because this time wasn’t great.  One always can get better.  Even highly professional athletes say they constantly are looking for ways to improve their game.

Women Over 55, Listen to Your Real Voice

Do we as women have louder inner critics than men?  I don’t know because I’m not a man. But I suspect we do because we are so steeped in comparing ourselves to other women and to the ideals presented in the media.  This becomes even more true as we get older.  As women over 55 everywhere we look we are reminded of what is wrong with us.  We aren’t cute any longer.  Or sexy any longer. We have wrinkles and gray hair. If we’re trying to take our rightful place in the world, we’re shot down for being aggressive or bitchy, certainly not likable even though a man of the same age is considered to be both competent AND likable.

So, what can you do?  First, you need to become very aware of that inner voice that may be babbling on and on much of the time. Spend time Dismantling the Inner Critic.  Tara Mohr suggests you name the “voice” and make a mental image of what it would look like.  I decided my inner critic looks like a regular hellion with wild hair and spitfire eyes.  Her name is Shreeeeeeeee, and she sounds just like that screech her name connotes.  Mohr also suggests you realize that the inner critic is trying to protect you, even though it may not feel that way much of the time.  If someone or something is trying to protect you, you would thank it, and then move ahead if you really wanted to do so.

Taking on the inner critic as suggested here is not an easy task.  She/he/it may have been with you for many, many years.  Now is the time to start, however.  Many of you are at a point in your life when you’re wanting to take a new perhaps big step.  That inner critic can become very active in telling you all the reasons what you’re thinking is not a good idea.  What you need to do is thank it and move on anyway.  Good luck!  Staying alert for the times you’re “listening” to yourself rather than “talking” to yourself can be very beneficial.

The Prime Spark Membership Community is designed for women over 55, or close, to support one another, learn and grow together, and further the mission of Prime Spark.  Membership is closed for 2021.  If you’re interested in joining in 2022, please send an email to [email protected] and ask to be placed on the waitlist.

Sara Hart, PhD, is an author, speaker, and coach. She is leading the change for how older women are seen and treated in our society.  She is the creator of Prime Spark, a movement to transform how women over 55 take charge of their future.  Sara is the author of three books. She also has over 40 years’ experience in leadership development, coaching, and building thinking environments. She was director of training and development for a Fortune 100 company and executive director of the Institute for Women and Technology.  To learn more about claiming your power as a senior woman, visit Prime Spark today!