Women Over 55: Asking for that Hula-Hoop Could Be Fun 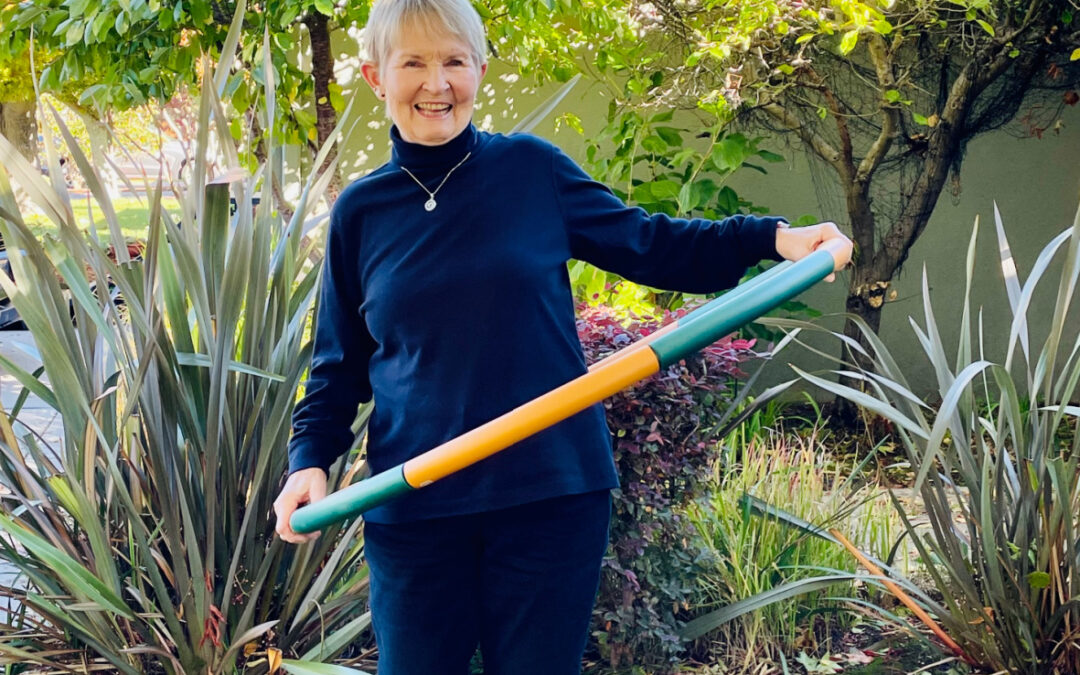 Several days ago, I was in an outdoor spin class at my gym. In the field next to our class, twenty or so children were having supervised playtime. It was a mix of boys and girls around the age of ten. The boys were running around, throwing footballs at one another, and the girls were doing lots of different things. Some had hula-hoops, some were doing gymnastics, some were playing a game using a small ball, and several were sitting with the supervisor just talking.

What Would You Do?

I watched one little girl approach one after another of the girls who had hula-hoops. Clearly, she really wanted one of those hoops, and you can’t do a hula-hoop with two people. She went from one girl to the next. So far as I could tell, she never said anything; she just stood a short distance off and watched. This went on for a long time until I finally realized I was no longer spinning! I couldn’t stop watching her.

I kept thinking, why don’t you go do something else? Those girls were not going to give up their hoops. Or she could at least ask one of them or the supervisor if she could have a hoop. But she didn’t. She just kept going from one little girl to the next, watching from a short distance.

I thought about this scene for a long time later that evening. Something about it felt very familiar to me. Finally, I realized that there had been several times in my life when I had done exactly what she was doing; namely, wanting something to happen without taking any action to make it happen. Does this sound at all familiar to you? Why are we always so afraid to do something when Asking for that Hula-Hoop Could Be Fun, if we just tried?

Asking for that Hula-Hoop Could Be Fun

The women I coach often tell me stories about something they want in their lives that they currently don’t have. Some want a more fulfilling relationship with their partner. Some want a job that feels more aligned with their personal values and goals. Or, they want a body they’d feel more comfortable in. Some want clarity about what they’ll do when (or if) they retire.

What often is common across all these stories is that the woman is not actually doing anything to bring about what she says she wants. I’m not suggesting this is easy to do, but until we let go of “what is,” we can’t fully prepare for “what’s next.” So, is it scary to think about leaving a career you’ve had for many years and branching out to try something new? Yes, it sure is! Is it scary to have a serious heart-to-heart with a partner of many years about feeling unfulfilled in the relationship? Just writing that sentence is terrifying.

When I Was Afraid To Take Action

I spent years working for a very good company. I had a great job, fun work, and coworkers I liked and admired. Sound perfect? Yes, it was for a long time. And then it wasn’t. I felt stuck and stifled. Not growing any longer. What did I do? I fretted and lost sleep. I whined to good friends. But did I take any action? Did I go to my boss, explain how I was feeling, and ask for something different or something more? No.

Just like that little girl, I stood there watching, not willing to say or do anything. What were that girl and I both risking? We were risking being told, “No, you can’t have what you want.” In her case, the other girls might have made fun of her for not having a hula-hoop. In my case, I risked my boss asking me to leave if I was so unhappy. And that was really frightening. But as Joseph Campbell has been quoted as saying: “We must be willing to let go of the life we’ve planned, so as to have the life that is waiting for us.”

If any of this sounds familiar to you, what are you unwilling to let go of? It may not be the job per se, but rather the security that comes with it. Knowing that, what can you do to lessen the risk, at least a bit, and then let go and move on?

“Sounds good,” you may be thinking, “but how do I let go?” You let go by staying focused on what you want in your life, what kind of contributions you want to be making to the many difficult problems that are facing us, by staying focused on the woman you were meant to be, using all your skills, experience, and wisdom.

The older we get, the scarier significant changes in our lives can feel; however, the older we get, the less time we have to make those changes that will bring us more joy and satisfaction. Don’t wait until it’s too late. Asking for that Hula-Hoop Could Be Fun! Women over 55, now is our time to step up and step out. To let go of whatever is holding us back and take our rightful place in the world.

The Prime Spark Membership Community is designed for women 55 (or close) and older to support one another. We learn and grow together, and further the mission of Prime Spark. Membership is closed for 2021. If you’re interested in joining in 2022, please send an email to [email protected] and ask to be placed on the waitlist.

Sara Hart, PhD, is an author, speaker, and coach. She is leading the change for how older women are seen and treated in our society. She is the creator of Prime Spark, a movement to transform how women over 55 take charge of their future. Sara is the author of three books. She also has over 40 years’ experience in leadership development, coaching, and building thinking environments. She was director of training and development for a Fortune 100 company and executive director of the Institute for Women and Technology. To learn more about claiming your power as a senior woman, visit Prime Spark today!